Never Alone - Our Shepherd Fights for Us

Never Alone - Our Shepherd Fights for Us
This morning Pastor Alex continued with the second half of Psalm 23:4 which reads, "for you are with me; your rod and your staff, they comfort me." In order for us to really understand what this means, we must understand the tools of the shepherd.
ROD - the rod was used in several ways. First, it was an instrument of care. Often, the shepherd would use the rod to help count the sheep. They would pass under the rod into the sheep pen for the night. If a sheep was missing, the shepherd would know it and go after it. The rod was also used as a weapon for "hand to hand" combat against predators. One end of this rod is a bulb that can be used to hit a lion or bear that would be trying to attack the flock.
God knows us intimately. He wants all of us to know His love. He is tender and gentle. At the same time, He is tenaciously fighting for us. We even see Jesus fight to the death for us!
STAFF - The staff is a longer stick with a crook on the end of it. It is used to redirect the sheep. The shepherd can use it to keep the flock together. He might use it to pull a sheep out of a ditch. He could also use it to keep a baby with its mother.
The shepherd also puts the staff on the back of a sheep, and it comforts the sheep. It is like holding hands. The shepherd is saying, "I'm here".
Psalm 42:5 uses the term "cast down". A cast down sheep is one that gets turned over on its back. It can't get us from that position. Sheep can't make it on their own. They need a shepherd. We do to. We can't make it on our own, and we must confess our helplessness.
Our Shepherd is kind, caring, and gracious. He is there when we get "cast down". We must remember that He will never leave us or forsake us. He will continue to pull us back to the flock, and He walks with us through everything!
Jesus, the Great Shepherd, became the Lamb. He understands. He is the real deal. Actually, He is the lion...not Satan, who is "like" a lion. Satan is just an imitator and a liar. We must listen for the Shepherd's voice.
To Discuss Today:
1. When you are in difficult times, where do you turn for comfort?
2. Pastor Alex talked about the largest unreached people group in the world...the unborn. How will you have a voice for those that have no voice? Make an effort to join others at 7am in Uptown Auditorium to pray for the unborn and for the sanctity of human life. 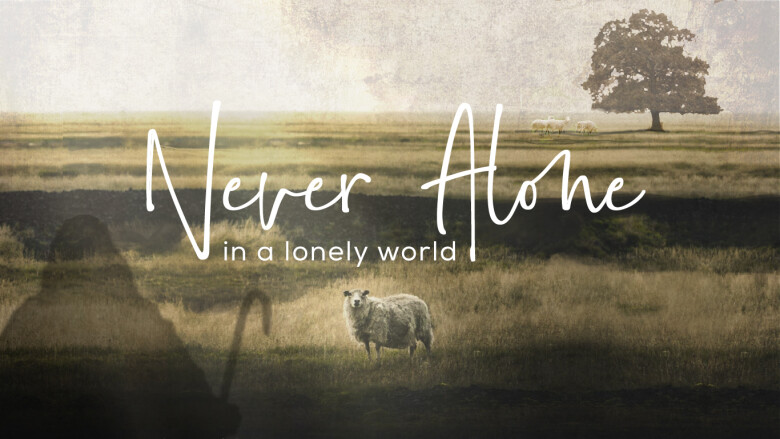 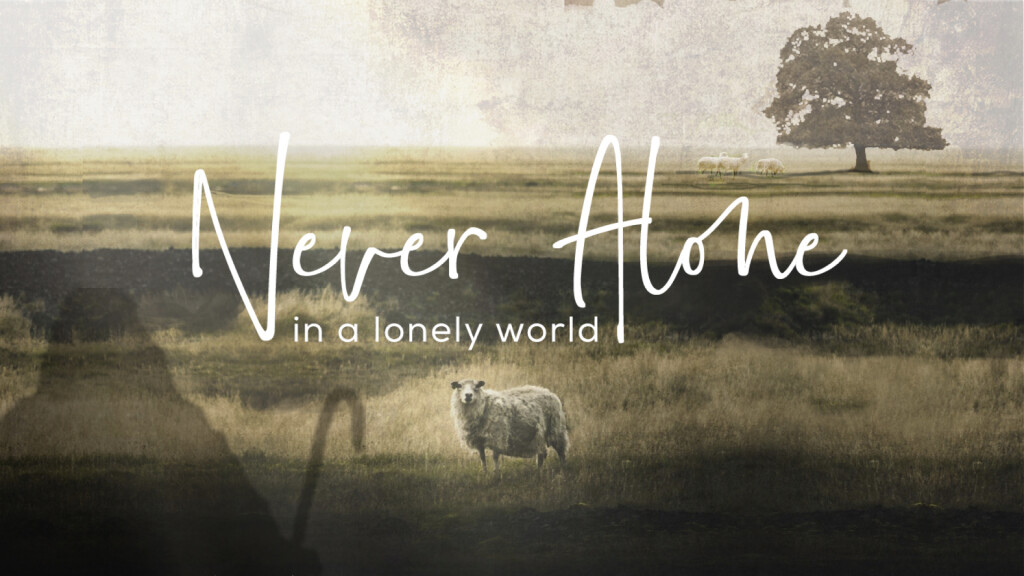 Never Alone - His Love Pursues Us

Never Alone - Our Shepherd is Generous

Never Alone - Our Shepherd Fights for Us

Never Alone - Life Doesn't Have to be Scary

Never Alone - Life Doesn't Have to be Scary Never Alone in a Lonely...

Never Alone - He Restores My Soul

Never Alone - Our Shepherd Leads Us

Never Alone - Life is Better Together