Resurrection (Another Fun Word)
1 Peter 5:1-11 & Luke 24:1-12
1 Peter 5 indirectly speaks to the Truth of the resurrection in verse 4 when it says, "And when the Chief Shepherd appears, you will receive the unfading crown of glory." This only happens through the Second Coming of Jesus, and it would serve us well to REMEMBER that the incarnation gave life to Jesus, which led to death, burial, resurrection, and ascension! We are living in the in-between time right now.
Luke 24-1-12 is an account of the resurrection story of Jesus. When the ladies go in to the tomb to put spices on Jesus, they are terrified when they see two men (angels) that were as bright as lightening flashes. They bowed their heads to the ground in fear, but the angels said, "Why do you seek the living among the dead? He is not here, but has risen. REMEMBER how he told you while He was still in Galilee, that the Son of Man must be delivered into the hands of sinful men and be crucified and on the third day rise."
Verse 8 says, "And they REMEMBERED his words." There is a remembering that brings about a nostalgic memory, and there is a remembering that awakens a joyful hope in us. This type of remembering causes us to move to action. It is a reminder to remember the promises of God.
Remember:
Psalm 63 - David remembered God's help
Nehemiah 40 - Nehemiah remembered and fought
Isaiah 46 - Remember to stand firm
John 11 - Jesus told us to remember and live
When we forget the promises of God, the weightiness of the world weighs us down. When we remember, it lightens that load. When recall that the pain of this world won't last forever because in Christ, there is eternity with Him!
For those that have buried a loved on this year...
For since we believe that Jesus died and rose again, even so, through Jesus, God will bring with him those who have fallen asleep. For this we declare to you by a word from the LORD, that we who are alive, who are left until the coming of the LORD, will not precede those who have fallen asleep. For the LORD himself will descend from heaven with a cry of command, with the voice of an archangel, and with the sound of the trumpet of God. And the dead in Christ will rise first. Then we who are alive, who are left, will be caught up together with them in the clouds to meet the LORD in the air, and so we will always be with the LORD. (Remember, there will be a reunion one day. You will see them again soon.)
For those who have felt forgotten and lonely...
I will never leave you nor forsake you The LORD your God is in your midst, a mighty one who will save; he will rejoice over you with gladness; he will quiet you by his love; he will exult over you with loud singing. (Remember, He sees you and sings over you.)
For those who love a prodigal child so deeply...
And he arose and came to his father. But while he was still a long way off, his father saw him and felt compassion, and ran and embraced him and kissed him. (Remember, God loves them more than you.)
For those who are desperately clinging to a promise...
The lord is faithful to all his promises and loving to all that he has made. (God always keeps His promises.)
For those who are skeptical of the resurrection...
For I delivered to you as of first importance what I also received: that Christ died for our sins in accordance with the Scriptures, that he was buried, that he was raised on the third day in accordance with the Scriptures, and that he appeared to Cephas, then to the twelve. Then he appeared to more than five hundred brothers at one time, most of whom are still alive, thought some have fallen asleep. Then he appeared to James, then to all the apostles. Last of ll, as to one untimely born, he appeared also to me. (Remember that MANY saw Jesus alive after the crucifixion.)
We are going to remember so many things in our lifetime, so let us make sure that the most important of these things are the promises of God's Word!
To Discuss Today:
1. How do you think you would have reacted on the Saturday of Jesus' death? What would you have thought when you heard witnesses say that they saw Jesus after Sunday morning? Would you have believed it if you heard it? Seen Him?
2. Think about some childhood memory. Why do you think that memory came to mind? What specifics do you remember about that moment? How did that moment impact you and your future?
2. Take 15 minutes and write down as many Bible verses as you can from memory. What Truth came through as you wrote down Scripture? Pastor Alex challenged us to memorize 1 verse/week or 1 verse/month for the next year. Which will you choose? What time will you carve out of your week to stay faithful to memorizing the Word? 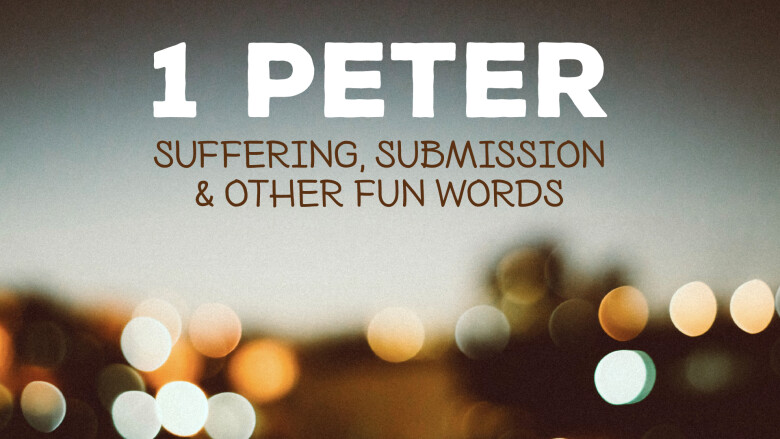 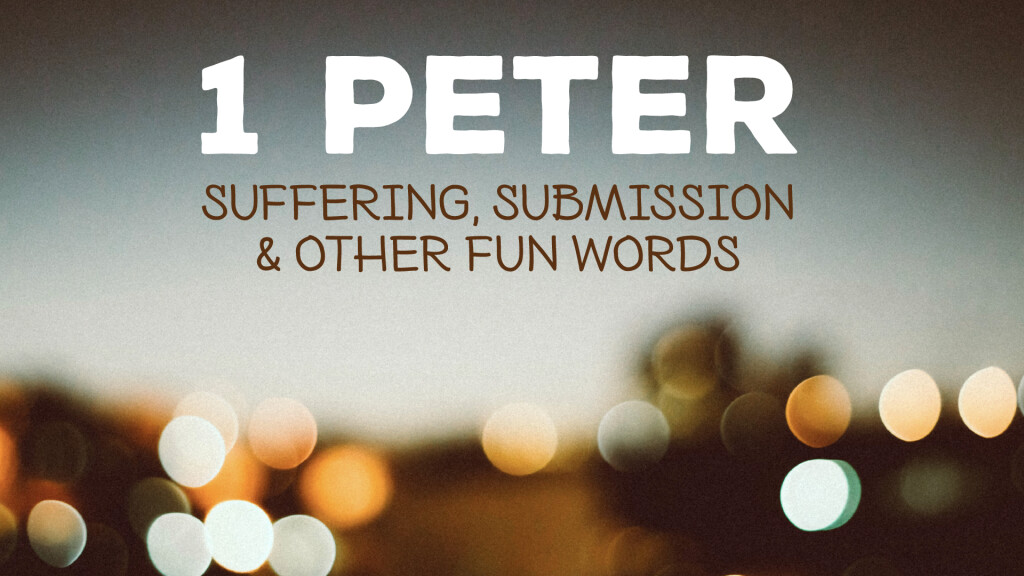 Suffering is Not a Surprise

Suffering is Not a Surprise 1 Peter: Suffering, Submission and Other...

Suffering for the Right Reason

Suffering for the Right Reason 1 Peter: Suffering, Submission and...

Submission in Public and Private

Submission in Public and Private 1 Peter: Suffering, Submission and...

Growing Up 1 Peter: Suffering, Submission and Other Fun Words Pastor...

Living Like an Exile 1 Peter: Suffering, Submission and Other Fun...